BlogNews
Will The Proposed Tariffs Hit The Roofing Industry?

“Trade wars are good, and easy to win” tweeted President Trump in March. Shortly thereafter, a 25 percent tariff on imported steel and 10 percent tariff on imported aluminum were announced by President Trump, a perceived blow on the metal roofing industry and its future costs for contractors and owners. However, to first understand any effects of the tariffs on roofing, we must first understand what the tariffs are and how they are affected by other policies.

Under the Trade Expansion Act of 1962, the President was afforded extreme negotiating authority. At that time, it was instituted to allow then-President Kennedy to reformulate the trade agenda of the United States. Part of that Act gave the President the ability to impose tariffs based on a recommendation from the U.S. Secretary of Commerce, if it is deemed that the quantities imported could “threaten or impair the national security.” It’s a rarely-used section of the law, but this isn’t the first time it’s been cited by a president. 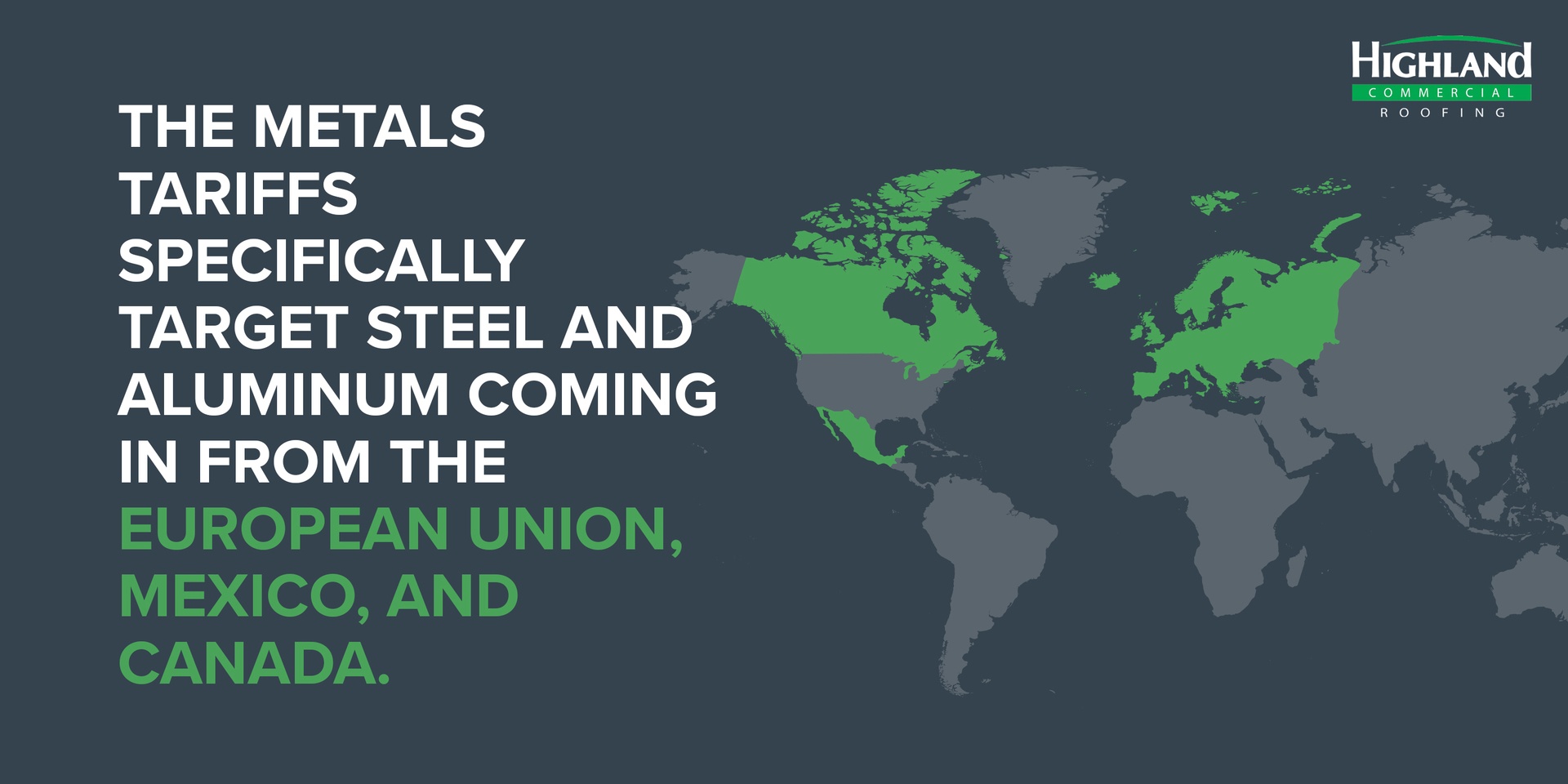 President Trump utilized this section of the law to impose a 25% tariff on steel imports and a 10% tariff on aluminum imports, starting on June 1, 2018. The metals tariffs specifically target steel and aluminum coming in from the European Union, Mexico, and Canada.  This follows on the heels of lesser-known tariffs that were imposed earlier in the year – a 30% tariff on solar panel cells falling gradually to 15% in 2021, as well as a tariff on washing machines and covered parts.

Tariffs are just a small part of overall changes in the economy and roofing and must be looked at in the larger picture. For instance, tax reforms passed in 2017, supported by the Roofing Contractors of America, were viewed as a win for roofers across the country as they spurred businesses to announce investments in capital projects such as roofing replacement and new buildings. It wasn’t just a win for commercial roofing contractors either, as the reforms are expected to put more money into the pockets of homeowners, resulting in property investments such as long delayed roofing projects.

What Sort of Effect is Expected?

It remains to be seen what, if any, the impact of these tariffs will be. While the United States did import $47.83 billion in aluminum and steel commodities in 2017, that only represents 2% of all goods imported. Even combined with the earlier solar panel and washing machine imports, it all adds up to 4.1% of U.S. imports, according to Morgan Stanley. Research Economist Scholastica Corporation breaks down the expected impact of these tariffs on different markets here, estimating the pass-through cost and percent price change that these tariffs may have.

As always, there are reaction to movements in the economy. All three countries have suggested wide-ranging retaliatory tariffs of their own. Canada has suggested tariffs on products such as sailboats, yogurt, and whiskey. Mexico, on the other hand, has discussed placing tariffs on pork, cheese, and other industries. Europe announced a counter-tariff on motorcycles, pushing Harley Davidson to look into moving some production to Europe in response. Most of the goods targeted by retaliatory tariffs have been politically sensitive – for instance, Harley Davidson is headquartered in Wisconsin, home of Speaker of the House Paul Ryan, while the tariff on whiskey hits Tennessee hard, where long-serving senior Senator Lamar Alexander hails from. 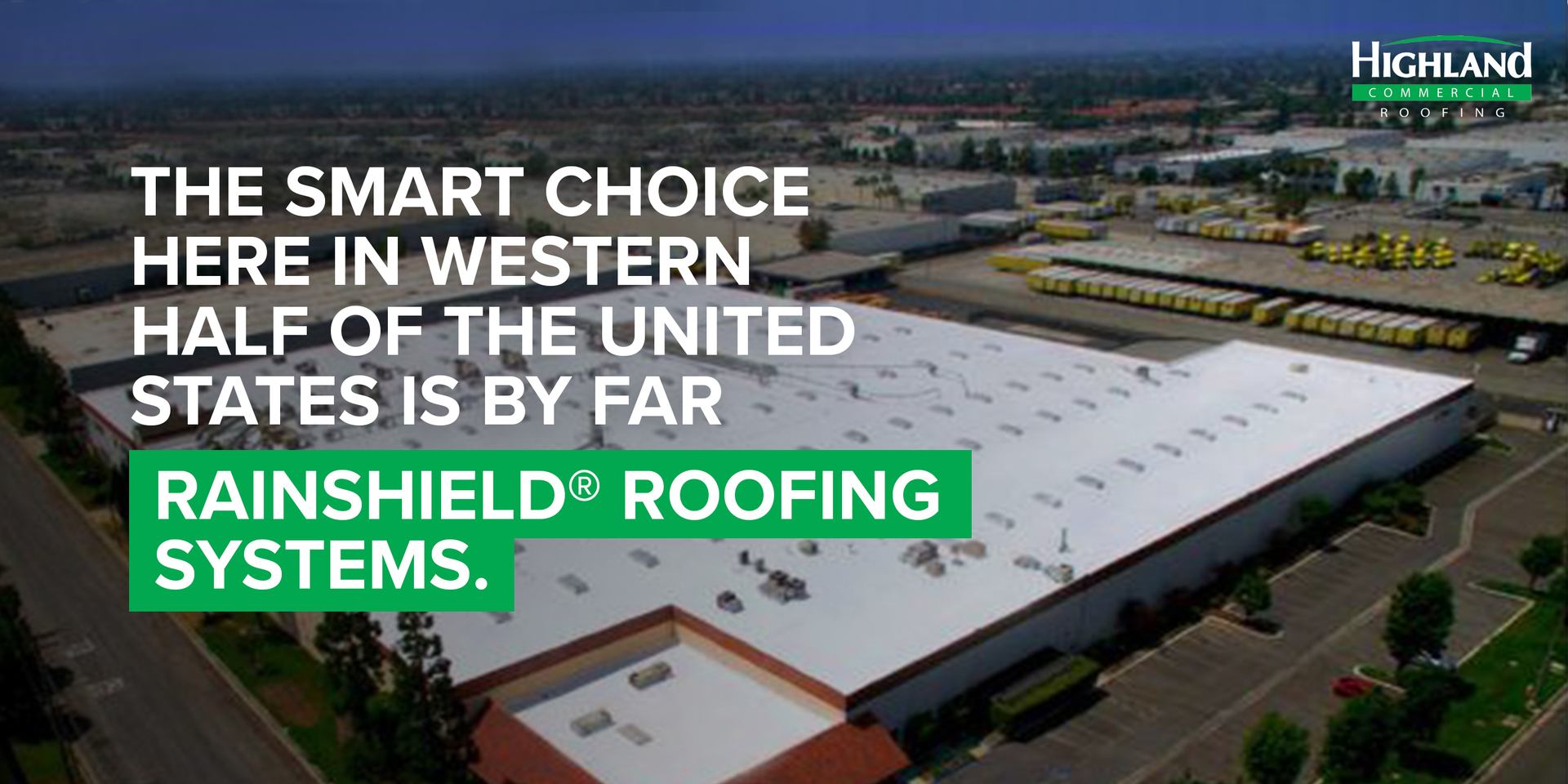 While steel and aluminum are used in roofing – with metal roofing expected to represent 11% of roofing volume by 2021 – there options available to save our clients money and worry about the tariffs. For instance, the RainShield® Commercial Roofing Systems by Highland Commercial Roofing: a lighter, more durable, longer lasting, and more sustainable product than traditional metal roofing.