You wouldn’t think that the construction industry would change much, would you?  On the contrary, we’re always finding ways to innovate and modernize. While it’s true that there are time-tested and dependable ways to build that we’ll always fall back on, there is still plenty of room for some experimentation. And you never know, some of these experimentations could become permanent fixtures in the future of construction. 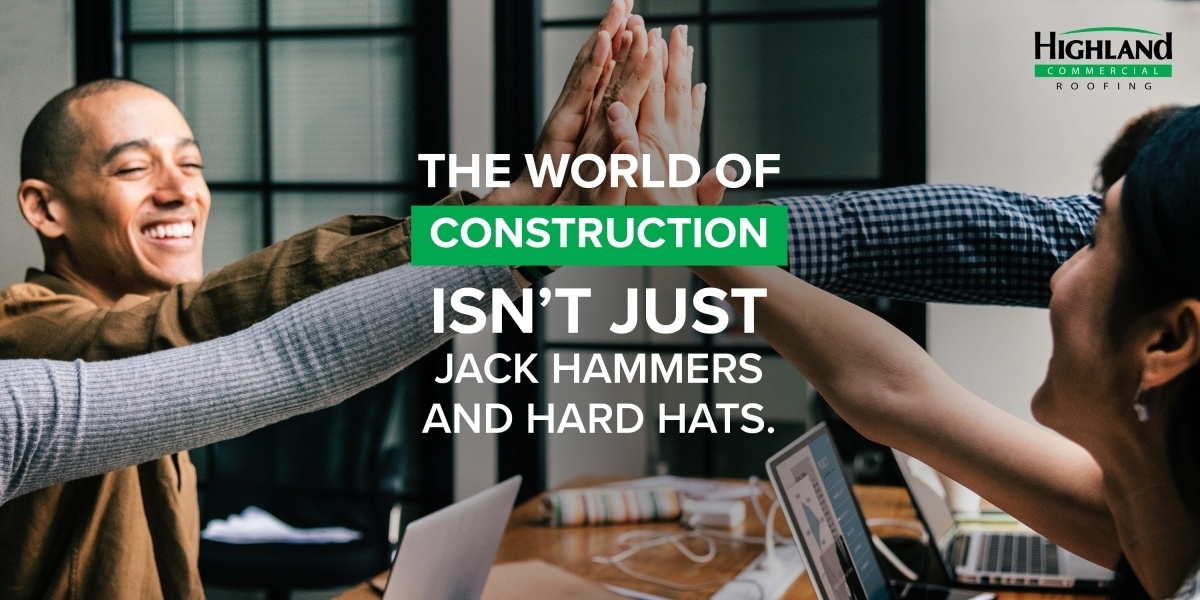 Wood that You Can See Through

It’s hard to imagine, but scientists have developed a type of wood that is completely transparent. They call it “optically transparent wood.” The scientists, who are researchers at the KTH Royal University of Stockholm have developed a process that removes the wood’s pigment, known as lignin. They then inject the pigment-less wood with a transparent polymer, rendering it see-through.

Will we live in a future where our smartphone screens are made of a durable, clear wood? Or maybe our windows? It’s hard to say.

Concrete that Mimics a Starry Night

José Carlos Rubio Ávalos, a researcher at Michoacan University of San Nicolás de Hidalgo in Mexico has developed something that looks like it’s from the newest Avatar film. He and his team have created a type of phosphorous cement that can absorb the sun’s ultra-violet light where it then emits it at night, giving the concrete’s surface an eerie glow that could light walkways or bike paths without electricity.

Without getting too technical, José’s team replaced the natural opaque structure inherent in cement with a crystalline one, which they can then easily add phosphorescent properties to. Because of this manipulation, the concrete isn’t exactly as structurally sound as the normal stuff, so their plan is to limit the material to surface coatings. Even still, the uses of such a technology are endless.

Bricks that Suck up Our Pollution

Bricks are the literal building blocks of our lives. They’ve been in use for centuries and they’re one of the most important tools in our arsenal when we need structural support. But what if they could do even more?

What if we used the brick exterior of a building to filter pollution? A team of scientists are doing just that. They call it the “breathe brick.” Essentially, what they’ve created is more of a system than a single brick. There’s an exterior layer of brick that sucks in air, where it then passes up through a filtration system. Behind the first layer of breathable brick is a layer of standard brick. Basically, you’re turning your building’s veneer into a giant filter. How cool is that? 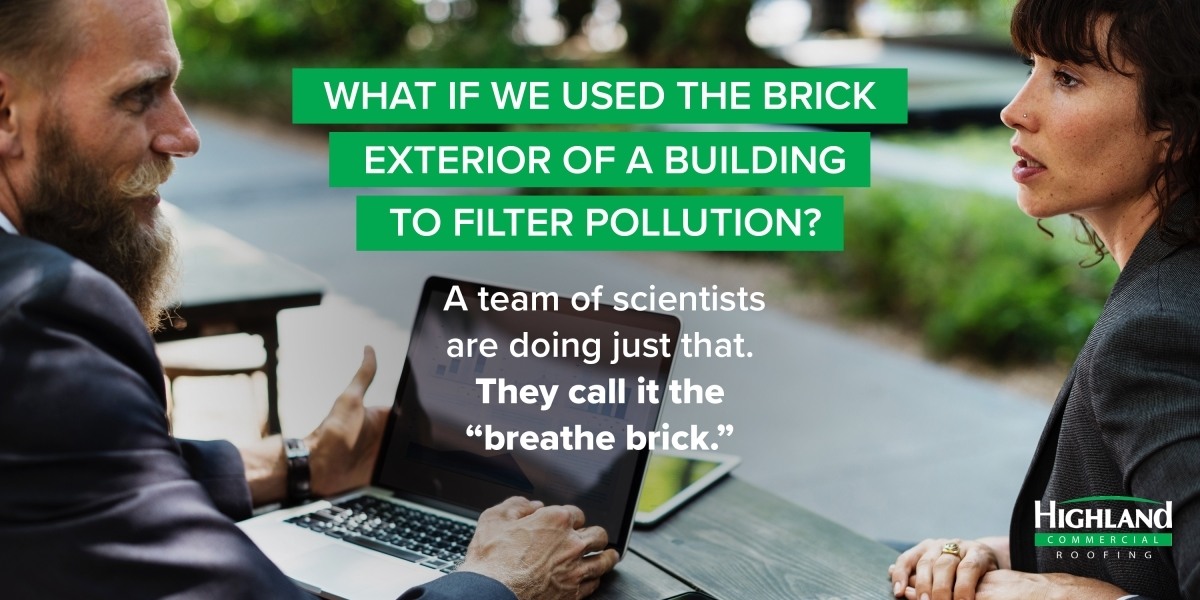 It’s long been sought after—a production method to produce a material with the tensile strength of spider’s silk. In fact, many have tried and failed to invent a synthetic spider silk.

But a Japanese company by the name of Spiber has finally figured it out. They call the material Qmonos;  a play on the Japanese word kumonoso, which means “spider silk.” Their product is made through bio-engineered bacteria and recombinant DNA. The structural uses for a such a material are mind boggling. For now, Spiber has teamed up with clothing company North Face to create the “moon parka,” a parka with an exterior made completely from their Qmonos synthetic spider silk. The jacket was meant to go on sale at some point, but it appears that it never made it to stores. Either way, the company should have plenty of traction in the construction world. 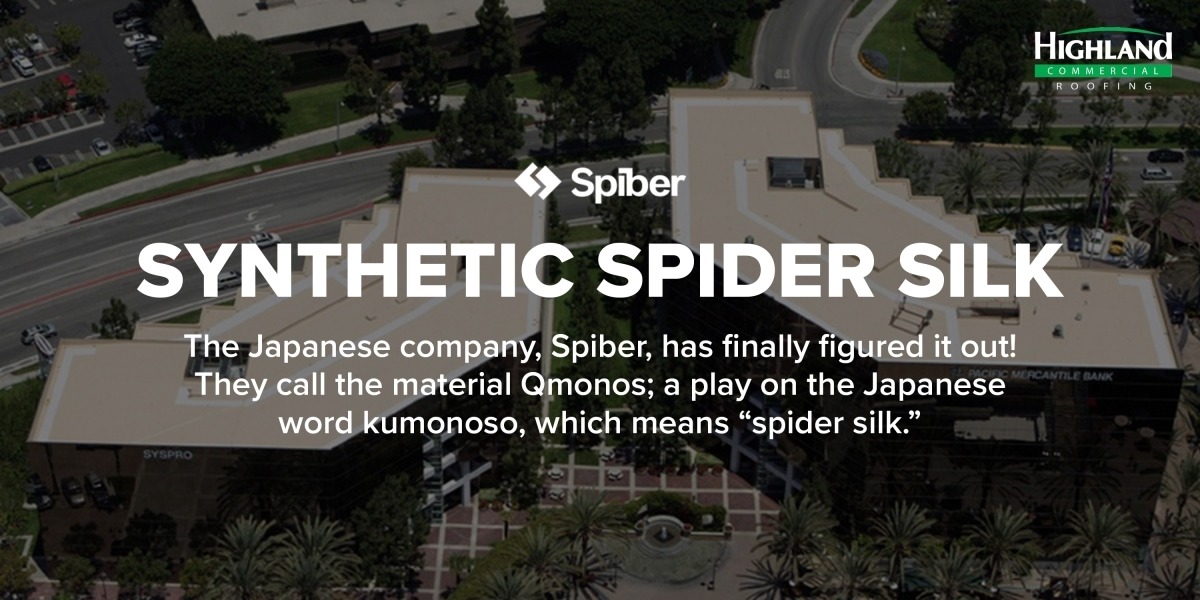 “It’s alive!” You wouldn’t think you’d hear that phrase about concrete. Yet a team of researchers have created a type of “bio-concrete” that is filled with a dormant strain of bacillus bacteria. Once their concrete cracks and inevitably leaks, the water activates the bacteria, which flourish and seal the aforementioned fissures.

And bacteria-laden concrete isn’t the only example of self-healing mortar. A British organization known as Materials For Life has sent out a call to action to innovators everywhere. The call has been answered—many companies are currently working on their own versions of self-healing concrete.

Construction Can Be Exciting, Can’t it?

Who knows, you might go visit your grandkid’s new home 20 years from now. One he or she built custom using the most cutting-edge technology on the market. Their transparent wooden windows are sound proof and wont shatter under any normal impact. The walkway leading to their front door will look like a twinkling constellation of stars. The air inside of their home will be as clean as mountain air due to the house’s pollution-scrubbing brick façade. The carpet will have the appearance of woven silk, which feels soft to the touch but wouldn’t tear or fray even under the worst trauma. And lastly, the slab foundation of the house, impregnated with living bacteria, will never crack, standing immortal for as long as the house stands.

The world of construction isn’t just jack hammers and hard hats. Although it’s an age-old industry, there will always be people on the fringe, throwing whatever they can at the wall to see what sticks.